Ashton Kutcher and Other Unlikely Heroes

So, before we begin, a couple of admin items:

And before you go asking yourself, Who gives a shit?, as you’re probably doing right now, let me clarify: the two persons following Princess Pissant on Twitter are – in at least fifty percent of the cases – different individuals than those who’ve signed up to follow her blog.

So, yes, while officially this means that Princess Pissant has only 1 new follower – and, indeed, 2 is a far cry from the 5,000,002 people who follow Ashton Kutcher on Twitter – it is a start.

What’s more, the mere fact that I’ve mentioned Ashton Kutcher here suggests that Princess Pissant’s popularity is likely to soar by the end of the day. Now, whenever anyone Googles “Ashton Kutcher,” PrincessPissant-AnotherDayattheOffice is sure to pop up, right? Which brings me to admin point 2:

2) Princess Pissant is not what you might call “social media savvy,” and so she has no earthly clue what it means that 2 people are following her on Twitter.

I am picturing these two guys just sitting around all day, waiting for me to tweet. When the truth is: Princess Pissant doesn’t know how to tweet.

As soon as I pick up KN2 (Kid Number 2) from the Little Darlings Learning Center, in about an hour, I’m going to ask him about it. KN2, and even more so HOB (His Older Brother), know all that kind of stuff. HOB is able to communicate with online computer hackers and pedophiles from as far away as China on his little DS-thingie, and there’s not a damn thing I can do about it because only he knows how to configure the settings and input the passwords to implement those so-called Parental Controls.

Anyway, enough about me and those guys. There’s someone to whom I’d like to pay tribute today, while I’m here at the Office doing some work on that new contract I’ve got hanging over my head. And that is, drum roll please . . . TMABITW!

Can anyone guess who TMABITW is?

You got it – The Most Awesome Barista in the World!

And just how did TMABITW earn that equally as awesome moniker, you ask? Well let me tell you a little story:

Believe it or not, Princess Pissant was at the Office for a large part of last weekend. The “weekend warriors,” for lack of a better term, are a whole different breed than the regular Monday-Friday folk. (BTW, for readers new to PP-ADATO: the Office is, in fact, a Starbucks.)

No, these guys – and a few gals, like Princess Pissant herself – who, for whatever pathetic reason are forced to come to Starbucks with their laptops, on the first football Sunday of the season, and work . . . Well, they are some bitter-ass soldiers.

No exchange of pleasantries among co-workers; no joshing by the pastry stand or while waiting (interminably, yes maybe) for a –chino drink to materialize; not even any empathetic eye contact that might suggest, Yeah, it sucks to work over the weekend but at least we’re all in this together.

Well, you can only imagine the reaction of these dickheads when (insert ominous sound effect here): the Internet went down!!!

It started out with exasperated sighs; the throwing up of arms; and then furtive angry whispers among the previously non-communicative worker bees: Do you have Internet? No? Me either? WTF? It was down yesterday too . . .

This buzz of outrage grew and grew, into a collective deafening roar; and just then TMABITW – with his big friendly smile and adorable little green apron – appeared to say: What Was The Matter?

I thought the mob was going to descend upon TMABITW right then and there, and rip him apart limb by limb. It was like something out of the Salem Witch Trials or Gladiator or maybe Braveheart. Where the heck is FSGA (Former Secret Government Agency) guy when you need him?! , I thought.

(Of course, FSGA guy wasn’t there on a Sunday. He’s nobody’s fool.)

Okay, so the situation was turning UGLY, fast. People were screaming at TMABITW and shaking their fists, and some even threatening to go to McDonalds for the free Wi-Fi over there.

And instead of shouting back at them, as I might have – Go ahead, you ungrateful cheapskates! Get outta here, the whole lot of you, with your stupid laptops and your power cords that anyone can trip over and your three-dollar cups of coffee that you nurse for nine freaking hours every G.D. day . . . GET THE F. OUT! – TMABITW remained perfectly composed.

He held up his hands and patted the air – in the manner of Martin Luther King Junior or Gandhi – to calm the crowd. Then, in a clear and compelling voice, TMABITW addressed the crowd: Let me see what I can do.

That’ll be the last we see of him, grumbled the grump from the table behind me.

I’m going to Panera, sniped some other jerk, angrily shoving a stack of charts and graphs into his briefcase.

But in fact it wasn’t the last we would see of TMABITW.

TMABITW was back, mere moments later, with a tray of biscotti, demitasses of espresso, and a few Perriers for those who seemed like they might overheat.

He circulated among the group, offering refreshments as he spoke: I just want you all to know that you will have Internet back shortly. The situation is being monitored by Seattle. If it can’t be resolved within the next fifteen minutes, we’ll be calling in a specialist from AT&T.

Being monitored by Seattle?! Are you kidding me?

TMABITW had called in the big guns. Entirely on our behalf. I pictured the CIO of Starbucks, whoever that is, being roused from his bed on a Sunday morning, or hauled out of church. All for us. And all because of TMABITW.

Now that’s what I call not just service, but dedication.

And can I tell you something else? Not a single person offered a word of gratitude. (Full disclosure: not even Princess Pissant, who was helping herself to a second or third free biscotti.)

But I want to thank you, here and now, TMABITW, and to let you know that what you did and what you stand for did not go unnoticed, at least by one person.

Furthermore, the way things are going for Princess Pissant, by the end of the day, EVERYONE, including Ashton Freakin’ Kutcher, is going to know about you. 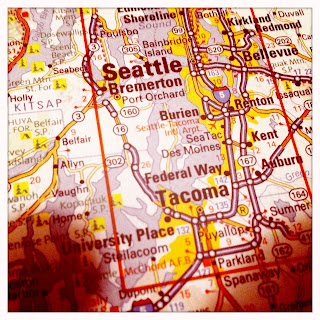